With more than 20 South African National Parks, including two of the world's most renowned wildlife reserves, the Kruger National Park and the Kgalagadi Transfrontier Park, plus almost as many regional parks, the country is a wild life & eco-destination second to none.

Your venture to any of the South African National Parks will transfer you into another world. 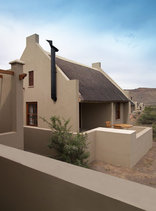 Situated 12km from Beaufort West with a wide variety of endemic wildlife - such as black rhino, buffalo & black eagle - and also a wide diversity of succulent plants and small reptiles. Activities include hiking, game viewing, scenic drives and more

Tsitsikamma National Park is situated at the heart of the Garden Route and protects a wonderland of inter-tidal and marine life. Accommodation is available at Natures Valley Restcamp and Storms River Mouth Restcamp. Nestling in the rolling foothills of the Maluti mountains in the northern Free Sate Highlands, this is the home of a variety of animals, but also offers superb accommodation and attractions, entertainment, hiking trails and much more.

The proclamation of the Mountain Zebra National Park in 1937 saved the Cape Mountain Zebra from extinction, and currently their population stands at 350. Situated about 25 km west of Cradock, the park is also home to various antelope species

This park is home to more than 300 bontebok, and various other animals such as zebra, duiker and steenbok. Situated in the southern Cape, with the Breede river flowing through it, the varieties of fauna and flora and fynbos are spectacular.

Situated in the heart of the magnificent Waterberg Mountain Range in the Northern Province, characterised by contrasting majestic mountain landscapes , hills and valleys, as well as an impressive variety of wildlife.

In the heart of South Africa's famous Garden Route, a charming world of lakes, rivers, fens, estuaries and beaches against a backdrop of lush forest and lofty mountains.

Situated in the northern Kwazulu Natal region, this reserve differs from others in the vicinity in that it is flat with grasslands, fossil pans, wetlands and sand dunes. Attractions include game-viewing, birdwatching and an exciting bushveld trail.

Hluhluwe-Imfolozi Game Reserve is the oldest game park in Africa and the only in KwaZulu Natal where the Big 5 occur. 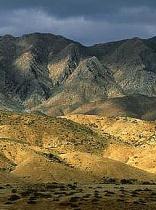 Ai-Ais Richtersveld is an arid mountainous wilderness with splendid scenery, rugged kloofs, high mountains and dramatic landscapes crossing 2 countries on both sides of the Orange River.

The area around the southern-most tip of Africa, often referred to as the Agulhas Plain, has rich natural and cultural features, and is of international significance due to its rich plant biodiversity. 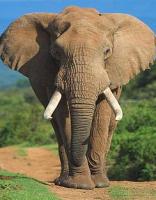 The more than 450 elephants in the park are the main attraction, but you will also encounter buffalo, black rhino, warthog, eland, kudu and a variety of buck species. The park lies 75 km to the north of Port Elizabeth and is open throughout the year.

Namaqua National Park incorporates the Skilpad Wild Flower Reserve and during August and September each year is transformed into a wonderland, carpeted with wildflowers. It is home to the richest bulb flora of any arid region in the world

The Kgalagadi Transfrontier Park comprises an area of over 3,6 million hectares which is one of very few conservation areas of this magnitude left in the world.

The focal point of this Park is the Langebaan Lagoon, but with miles of pristine golden beaches stretching into the early morning mist and brooding salt marshes.

Pilanesberg Game Reserve is a sanctuary for various game including the Big Five - rhino, lion, elephant, leopard and buffalo. Situated inside the eroded crater of an extinct volcano in the North West province (adjacent to Sun City). Camdeboo National Park encircles the town of Graaff-Reinet and provides the visitor with insights into the unique landscape and ecosystem of the Karoo as well as awesome scenic beauty.

Situated 80km south-southwest of Kimberley with Kameeldoring trees (one of the major tree species of the desert regions) occuring and home to Black Rhino, Tsessebe, Roan antelope, White Rhino and Black Wildebeest.

Experience the majestic southernmost point of the Cape Peninsula, visit the Nature Reserve and observe the rich Fauna and Flora on Table Mountain National Park (TMNP).

This reserve is an area of unsurpassed beauty and splendour, offering various watersports such as boating, angling and diving. One of the most peculiar creatures that live here is the endangered Knysna Sea Horse. This remote park, deep in an area of sand forests, pans and wetlands in northern Tongaland, lies on the border between KwaZulu-Natal and Mozambique. The park protects the largest elephant herd in KwaZulu-Natal which is also the only re- maining indigeno

The 243 000ha Ukhahlamba Drakensberg Park is one of South Africa`s prime ecotourist destinations. Here you can savour the ultimate freedom of great open spaces in a world of gigantic peaks and butresses. 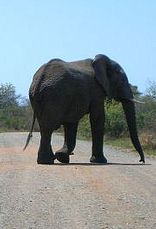 The Kruger Park of nearly 2 million hectares, was established in 1898 to protect the wildlife of the South African Low Veld and is today unrivalled in the diversity of its wildlife forms.

Situated between Ceres and Calvinia within the Succulent Karoo Biome where you'll find rare and endangered plant species, rich endemic birdlife, and landscapes that will take your breath away.

The Kruger Park offers a wide variety of accommodation in the form of restcamps, Bushveld Camps, Bush Lodges and also private Luxury Lodges.

Kruger National Park (KNP) has implemented additional gate access control systems at its entrance gates in the South of the Park.

The Garden Route National Park is divided into 3 sections. The Wilderness Section, The Knysna Lakes Section and The Tsitsikamma Section.